Free Shipping on all orders

How is IDTS different?

How is IDTS different?

What sets us apart from other ‘Self Defense’ Companies?

We would like to say our passion or mission. However, we know there are other companies, groups and organizations that share our passion and mission for ending human, sex trafficking and violent assaults. What truly sets us apart is HOW we plan to do that. Our systems have been developed based on the specific information gathered during our interviews and case studies of predatory methods. In addition to education and awareness, we seek to prevent assaults before they occur.

Our Prevention Education “Inside the Mind of a Predator” series is a high-impact training that provides solutions for two major issues; the lack of in-depth education into the mindset and methods of sexual predators, and identifying their manipulation, luring, and coercion tactics.

In order to provide an effective form of self-defense, we first had to understand the methods of predators, who they are, how they manipulate, groom, lure, coerce, assault, and or abduct.

After extensive research including the interviews, IDTS found concrete evidence that predators use specific methods to gain access to their victims based on motive. They also used specific control points and carry methods to assault and or abduct their victim; even more interesting is the fact that their methods did not vary, the methods were the same across the board.

The predator interviews also disclosed that rapists and abductors were waiting for a woman or child to use a technique used in traditional self-defense, stating that they knew the techniques that would be used against them, including the eye gauge, foot stomp, groin kick, etc… and that they knew how to control the victims who were using these techniques, rendering those who used traditional self-defense, basic rape defense techniques mostly unable to effectively defend themselves in a brutal and chaotic attack.

Interviews of convicted rapists found that lack of resistance from the victim became consent in the mind of the rapist and the lack of self-defense from the victim encouraged the rapist. The interviews also revealed consistently that resistance to sexual assault is much more effective than passive response, such as crying and pleading which may even encourage the attacker as they feel empowered. Sex is NOT the main motive for rape. It is, the way for a rapist to release anger and power.

Our Anti-Assault Training is a non-traditional full contact system that has been formulated with specific core techniques that have been tested and proven effective to break the abduction & assault methods of predators and stops the predator from completing the attack and or removing the victim to a secondary location.

Each system is broken into phases to ensure proper understanding and implementation of the techniques, and are taught in real-life assault & abduction scenarios that break the assault & abduction patterns of the predator allowing the victim to defend themselves in a brutal assault.

The military prepares for battle before the battle occurs. A police officer wears a bulletproof vest for protection in case he is shot. Our systems are strategic active forms of self-defense, 90% of assaults can be prevented.

Most of us have had someone walk up or pull up in a call and ask us a question, but what most women don’t realize is they are being “INTERVIEWED”. The following questions might seem harmless, even legitimate at times but for a predator, they serve a two-fold purpose.

The interview will go something like this…
– Excuse me, do you have the time?
– Do you have a cigarette or a light?
– Do you have any spare change?
– Can you help me, I’m lost. Do you know where this address is?
– Can I help you with your groceries, or hold the door for you?

This distraction is to get the focus off of him, as you look at your watch, look in your purse for a cigarette or lighter, spare change, stop to give directions, or let him help you with the groceries he now has the perfect opportunity to assault or abduct you.

These predators are cold and calculating, they are master manipulators and can read people like we read a book, they are looking for a victim if they can strike up a conversation most likely they can get you to let your guard down, build trust and you will freely give him the information he needs to complete a later assault.

Everyone likes to be complimented but when a perfect stranger walks up to you and tries to engage you in conversation flattering you, or asking if you have ever been a model or would like to be a model you can bet he has predatory motivations.

These predators are looking for a target, a victim, they don’t want someone who will fight back because it increases their chances of being caught, so what are they looking for in a victim, well they have a ‘HUNTING LIST’.

They are looking for distracted women who are walking – jogging with headphones, talking, and texting, how many of you do this? If you are doing this, stop it – you are on their ‘hunting list’

They are looking for women who appear to have low self-esteem, and. or can be physically controlled.

• Walking with head down, walking with no purpose
• Someone who seems scared
• Long hair – Ponytail, bun, braid; any hairstyle can easily be grabbed.
• Jackets with hoods
• Women wearing a scarf or lanyard

They will use threats, degrading language, and or weapons to intimidate and gain compliance, their goal is to remove you to a secondary location. Listen, ladies, you have more chance of surviving a gunshot, or stab wound than if you comply with their demand and get into the car, if you get in the car you are not coming back.

Use your instincts, if you feel like you are being watched or followed you probably are, so many women I have interviewed have said that they felt like something was wrong but then convinced themselves that they were being paranoid, guess what they weren’t, they were either immediately assaulted or they were stalked and then assaulted. If you feel like something is wrong, bring attention to yourself, or the situation.

Invest in yourself, take this knowledge and use it, knowledge is POWER!

” Optimism Bias” is a deep-rooted instinctive human response. Optimism bias is an experience where individuals foolishly think that they will not become a victim even though they believe — or statistics prove — that a danger exists and it’s generally known that it could happen. These following statements are false reality statements and lead to a false sense of security; it’s just like people who live in a gated community, they believe that they are safer because of the gates when in all actuality predators know that people feel safer in these communities and leave their windows open and or their doors unlocked, this is a predators playground. “It won’t happen to me or my child or in my neighborhood”

There are millions of families whose loved ones are missing who believed the very same thing, “it could never happen to us”, yet it did. This thought process is extremely dangerous, it leads to a false sense of security for the parent and places the child in danger. What you need to understand is that predators are actively hunting for victims, just like we go to work every day so do they. These predators are cold and calculating, they use stalking and the interview process to get close to their potential victim. 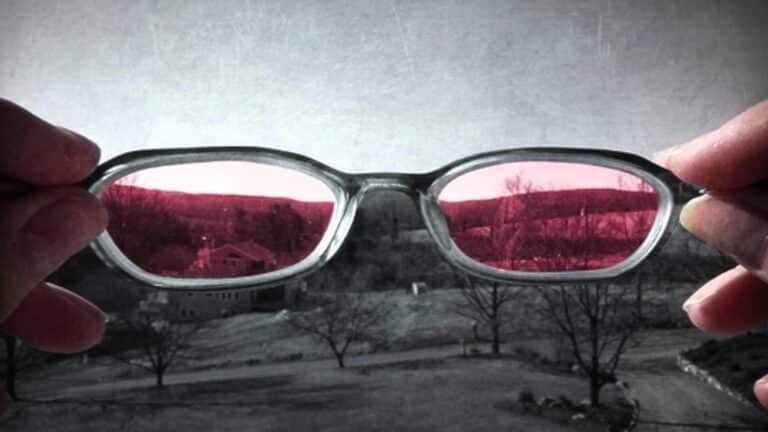 You and or your child are at risk at all times. It doesn’t matter what neighborhood you live in, some attackers see multiple children as a challenge.

Once the impulse to act on the deviant sexual fantasy is determined the predator will go to great lengths to locate, assault, abduct, sell or kill their victims.

“Society wants to believe it can identify evil people or bad or harmful people, but it’s not practical. There are no stereotypes.” 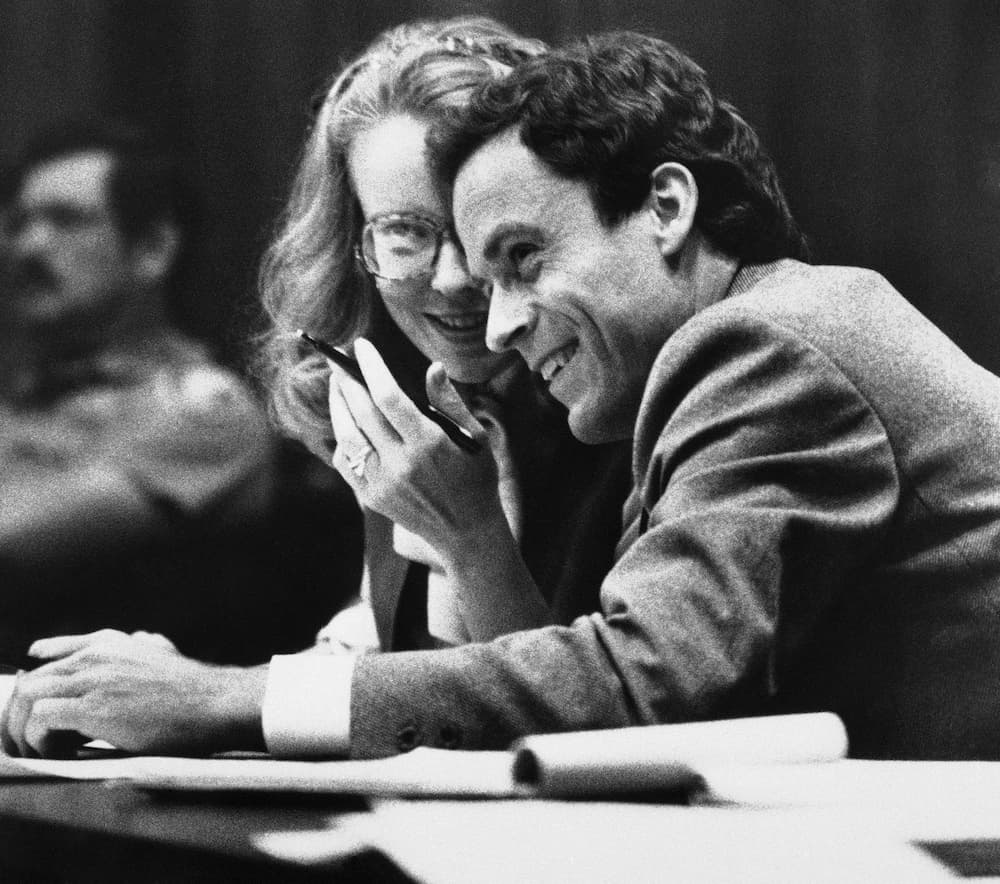 Once again, we do not aim to incite fear but rather shed light on the truth that has been deemed unspeakable: It can happen to you and being prepared can save your life one day.

Welcome to the IDTS Blog

Welcome to the IDTS Blog

There is an epidemic of violent assaults in the United States; Violence knows no boundaries, it does not discriminate, it does not care about your socioeconomic status; It affects women and children across every description of race, age, class, socioeconomic or educational status, sexual orientation, demography, geography, ideology, disability or theology.

This blog is written and based on our Inside The Mind of a Predator Training Series. “What They Don’t Want You to know. breaking predatory methods”.

It is not to instill fear, but to provide this critical information to promote and aid in the prevention of violence against women and children worldwide, to help women, children, and parents understand who the predators are, who they target, how they groom their victims, and how to protect yourself and loved ones form these cold and calculating predators.

90% of all violent assaults can be prevented through education; for a predator to attack you he necessarily needs three things: determination, access, and opportunity. denying him any one of those three things makes it impossible for him to attack. You can change his determination, by letting him know psychologically, verbally, and physically that you’re NOT a VICTIM.